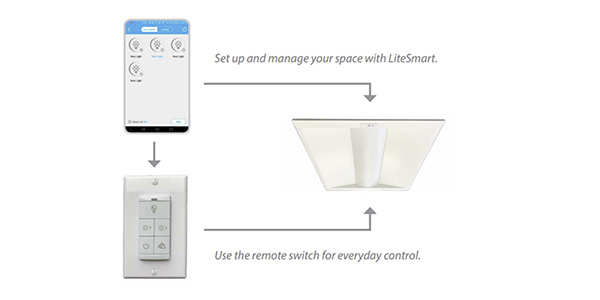 When considering LED lighting installation projects with your customers, the topic of dimming will come up—and if it does not, it should!

Dimmed lighting is no longer just for movie theaters, romantic dining, hospitality and cozy residential environments. There are plenty of great reasons why dimming makes sense for many commercial and industrial lighting retrofits and upgrades.

For example, many spaces require lighting controls beyond just “on/off”: 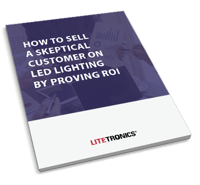 Speaking of energy conservation, dimming LEDs saves energy at a roughly 1:1 ratio. Dimming LEDs down to 50% of their light output will save 50% of the associated energy consumption, reduce ambient heat load (BTU’s) produced by the lighting system, and improve the life expectancy and efficiency of the LED light fixture.

LED systems also benefit from a broader dimming range compared to compact fluorescent and high-intensity discharge lighting: LEDs can dim to less than 1% of full output, versus 10% - 50% for legacy lighting systems.

However, designing, specifying, and installing LED lighting for a dimmed environment is not as straightforward, when compared to dimming incandescent and halogen systems. Let us explore what makes these installation projects unique.

Most LED systems use electronic drivers to convert AC mains voltage to forward voltage DC (Direct Current). Some LED chips can work on AC, but DC operation is most prevalent.

The current delivered to LED chips rises exponentially with the applied voltage. A slight change in voltage can cause a substantial change in current. Therefore, current through the LED must be regulated by an external circuit such as a constant current source to prevent damage. Since most common power supplies are constant-voltage sources, LED fixtures must include a power converter, or at least a current-limiting resistor.

Installers and specifiers pairing various LED lighting components should understand whether the system is “Constant Current” or “Constant Voltage”. This understanding ensures compatibility between the power supply and the LED array. LED fixtures with combined components already take this into account.

LED arrays, components and wiring are color-coded, usually red (+), and black (-). Unlike traditional incandescent/halogen lamps, an LED array will function only when voltage is applied in the forward direction of the diode. If voltage is reversed, no current flows thus no light emitted. If the reverse voltage exceeds the LED chip ‘breakdown’ voltage, the LED array will be damaged.

Installers should always pay attention to the wiring, connectors, and color-coded polarity.

The most prominent protocols for commercial and industrial dimming controls are:

Designing and installing dimming systems for LED luminaires, lamps or tape-light can be tricky. While systems may be commissioned and controlled via a wireless interface, mostly the LED device (lamp or luminaire) will be hard-wired with either analog or digital control devices.

Dimmable LED systems require a dimming driver that both converts the main’s AC supply and raises and lowers the amount of electrical energy flowing to the LEDs.

Control devices (rotary knob, a slider, wireless interface) send electrical signals to the dimming driver which controls to what extent the LED arrays will dim based on common dimming protocols

Take note: The “chopping” effect in phase cut dimming happens at 60 cycles per second. While most individuals will not see it, occupants with Autism, Irlen’s Disease, phoria or other sensory abnormalities may ‘see’ or perceive flicker at 60 cycles per second. Installing contractors should discuss the visual needs of occupants with customers, administrators and facility managers.

Analog dimming has appeal to installers and contractors. While analog and 0-10VDC systems may require low voltage Class 2 control wiring connecting the control device to the purple and gray leads on the driver, installation is simple for new construction. Existing construction and lighting retrofits may require wireless installations, depending on cost.

A hard-wired dimming system, once installed and commissioned, provides confidence and security for both the contractor and the end-user. Wireless systems may cause concern due to complexity, set-up, scheduling, sensitivity and the demands of the environment.

Digital dimming may afford several protocols. The more expensive digital addressable lighting interface (DALI) and newer Bluetooth Low Energy (BLE) interface are beneficial for commercial and industrial applications. All the devices (up to 64) on a DALI network are controlled by an electronic control device, which can allow the network to be administered via online portals.

The dimming itself is achieved through pulse-width-modulation (PWM) managed by a controller and a metal-oxide semiconductor field-effect transistor (MOSFET) switch in the driver electronics at the output of the DC power supply. The driver varies the duty cycle of the pulses to control brightness.

PWM dimming maintains high efficiency and ensures the LED output does not vary in color. And for LED lighting in a DALI network, the same microcontroller that supplies the DALI interface functionality can also supply the PWM signal to the LED driver.

For retrofit projects, wireless digital dimming systems preclude additional control wiring. The downside, however, is that the system can be vulnerable to issues after installation, like the loss of fixture-to-control pairing and IP addresses, battery powered switches which require maintenance, and failed control nodes.

For these reasons, the technical sophistication of the customer should be one of your considerations when deciding whether to recommend a wireless or analog dimming solution.

LED Installation: The More You Know, The More Business Grows

Armed with your understanding of the pros and cons of the options in dimming technology, you can prepare a winning proposal and robust installation that protects your profitability and reputation.

Thinking ahead to all the ways you can make an LED upgrade irresistible to a customer is a smart move. Learn how with our e-book, How to Sell a Skeptical Customer on LED by Proving ROI. You can download it instantly here.